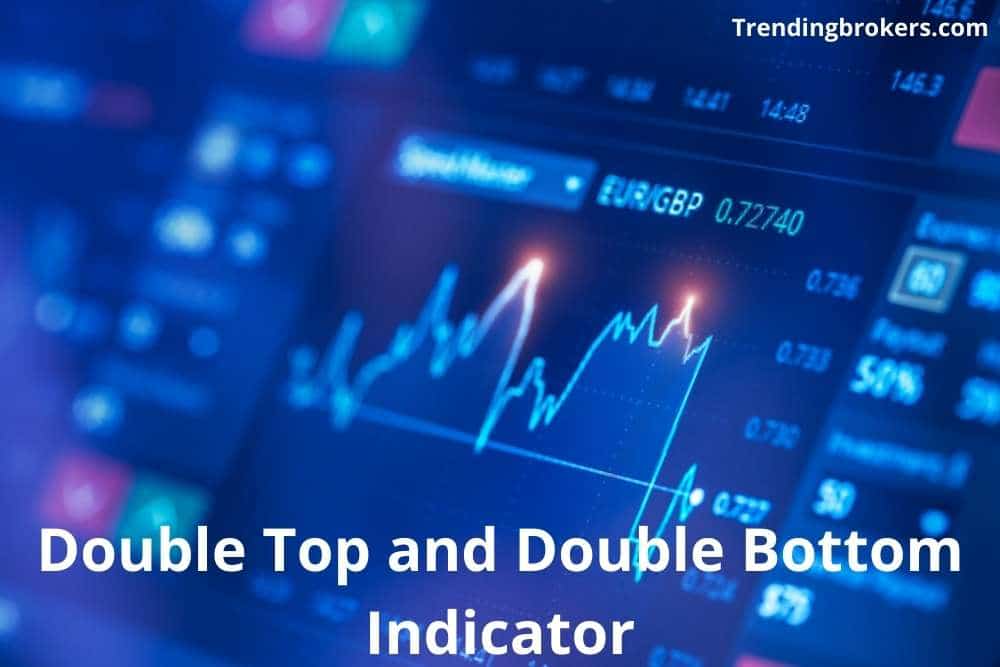 What are double top and double bottom?

While this pattern is very simple to spot once you understand it, there are a variety of tactics you can use to trade it and locate higher-reward deals. The double bottom has the same four important qualities as the double top, except that instead of looking for a price reversal lower, we look for a price reversal upwards. The double top has two resistance rejections and the double bottom has two support rejections.

What do the double top and double bottom indicate?

Because there are two pieces of bearish data, the double top pattern, when complete, suggests a bearish reversal. The first is that the price encounters resistance at the highs on the above chart, and it is unable to advance over the first high on the second attempt. The price then falls below the previous swing low, forming a new swing low. These are signs of a downward trend rather than an upward trend. A double top pattern demands lower swing lows, which are created by downtrends.

Because there are two pieces of optimistic evidence, the double bottom signals a bullish reversal. The price meets support in the above chart, and it is unable to produce a lower low on the second attempt. The price then rises above the previous swing high, establishing a new swing high. Learn more about Bearish and Bullish Market and its effect on market.

The price becomes bearish after returning to its neckline and declines to establish the second low. After establishing the second low, the pattern is completed when the prices move back to the neckline. The price movement must be in a bullish direction once the second low is established.

When the bullish trend breaks through the neckline level and continues upwards, the trend is confirmed. At the second low, many traders will try to enter a long position.

A bearish reversal trading pattern is a double top. The neckline is made up of two peaks that rise above a support level. After a strong bullish trend, the initial high will occur, followed by a retracement to the neckline. When it reaches this level, the momentum will flip back to bullish, forming the second peak.

Double tops are uncommon, but when they develop, it usually means that investors are looking for final profits from a strong trend. Double tops frequently signal a negative reversal, allowing traders to profit by selling the stock while it is in a slump. After forming the second peak, the pattern is completed when the prices move back to the neckline.

Two peaks rise over a support level, also known as the neckline, to form this pattern. After a strong rise, the initial peak is produced, followed by a retracement back to the neckline. The price becomes bullish after returning to its neckline and climbs to build the second peak. The bearish trend reversal is confirmed when prices break through the neckline or support level.

The trend must retrace more than it did after the initial retracement following the first peak for the double top pattern to be confirmed. This usually signifies that the price momentum has broken through the neckline support level. And the bearish trend is expected to last for a long time.

Price action patterns and indicators can be combined in a variety of ways. One can directly trade double tops and bottoms by analyzing the pattern’s price action, but they can also be employed in conjunction with technical indicators to give extra confirmation and strategy.

A stochastic oscillator crossing its signal line, for example, or the relative strength index (RSI) going up above a chosen level from below, could provide an early entry point into a double bottom or top trade.

When the price climbs above a swing high, these trade signals appear before the price action signals. This brings a new perspective on how these patterns might be exchanged.

How to trade double top and double bottom?

A double top is a reversal pattern that appears after a prolonged uptrend. To help you determine the target price, you’d look for historical support and resistance levels. The tops are peaks that occur when the price reaches a level that it can’t break.

There are several techniques to trade double top and bottom patterns. When a trader sees a double top pattern, it may signal a trend reversal, and when a trader sees a double bottom pattern, it may signal the start of a bullish trend. Depending on their overall trading approach, they may next start looking for short or long positions.

Some traders may put a stop-loss order above the second high, which is a resistance point, for a double top pattern. Others may utilise a trailing stop-loss or position it above a recent swing high. The price will briefly bounce off this level after touching it, but will then return to test the level again. If the asset price retraces back to that level again, you’ve got a double top on your hands.

Several traders calculate a profit objective by subtracting the pattern’s height from the peak to the swing low from the breakout point. Some traders will position their stop-loss below the second low for the double bottom pattern, while others will employ a trailing stop-loss or place it below a more recent swing low. When a price breaks through a line, you can usually expect it to swing as far in the opposite way as it did in the initial trend direction.

After a powerful rise up, the two tops develop. Notice how the second top failed to break the first top’s high. This is a strong indication that a reversal is on the way, as it indicates that the buying pressure is nearly exhausted. Because we are expecting a reversal of the uptrend, we would put our entry order below the neckline with the double top.

The double bottom is a trend reversal pattern as well, but we’re seeking to go long rather than short this time. When two valleys or bottoms have developed following an extended downturn, these formations occur. Price targets can be found in the same way as other reversal patterns.

Calculate the desired minimum price level by measuring the distance the peaks depart from the trendline and transposing it to the other side of the trendline. The price rose sharply after breaking through the neckline. Remember that double bottoms, like double tops, are trend reversal patterns. Following a significant decline, keep an eye out for them.

Take note of how the second bottom failed to considerably break the first. This is an indication that the selling pressure is going to end and a reversal is on the horizon. The price developed two valleys after the last downturn because it couldn’t go below a particular level, as shown in the chart above. Get more insights about charts and patterns of trading.

What are triple tops and triple bottoms?

Triple tops and bottoms are traded in the same way as double top and double bottom, and they try to give the trader the same information. They mostly indicate a change in trend direction.

You may also use the double top and double bottom patterns in your price action trading arsenal. Like any pattern, you should put in a lot of practice time and make sure you choose a method that fits your trading personality. If you like confirmation, don’t go for the more aggressive approach.

You can easily monitor your position with the help of technical analysis using various tools provided by PrimeFin. The broker allows to access chart patterns where you can read double top and bottom to find the right entry and exit points.

With your other trading systems, I propose using the double top and double bottom patterns. While it is a useful tool for detecting market reversals, it is only one pattern. Many other tactics, including adding price action triggers, detecting the trend, monitoring recent momentum, and utilizing the entire price action story, can help you boost your chances of making profitable trades.

This site is registered on wpml.org as a development site.