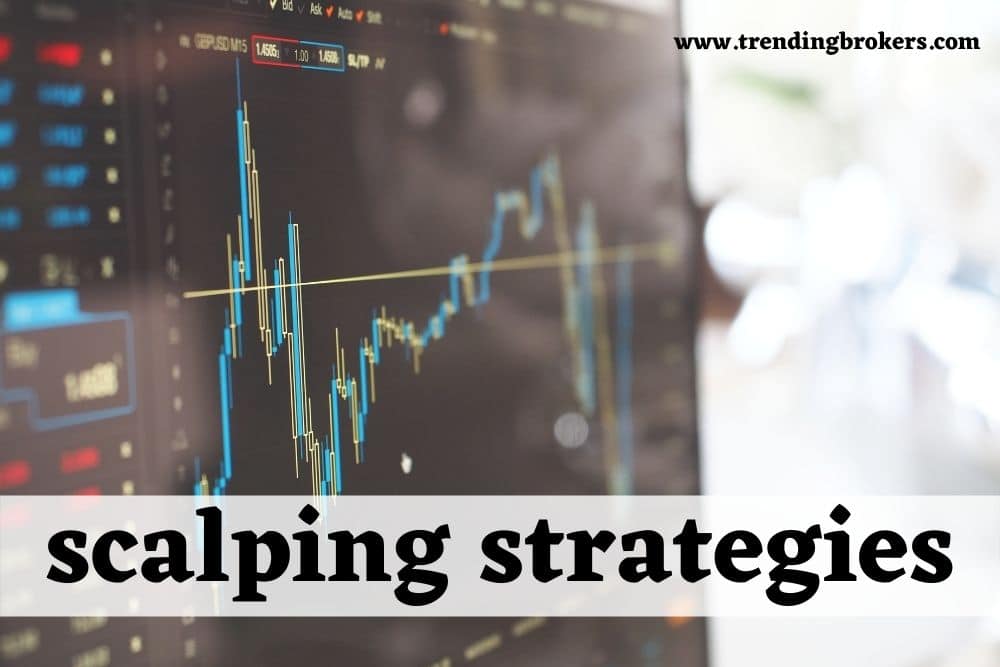 Scalping is known to be a short-term trading strategy in which traders make deals at breakneck speed. Scalp traders only hold their positions for a few minutes at a time. They prefer to trade in rapid succession when an opportunity exists, and they believe in producing little profits rather than waiting for a major trade chance to present itself.

During a day of scalping, a trader will make between ten and one hundred tiny deals. Learning about scalp trading might assist you in determining whether or not it is the right trading technique for you. As a result, we’ll go over some of the most effective scalping strategies and tricks.

Scalp trading is based on the idea of limiting market exposure by entering and closing positions fast. Scalp traders can be divided into two types: discretionary and systematic. Discretionary traders use instinct to guide their decisions.

The trader is primarily responsible for deciding which market to enter, when to trade, and the magnitude of the transaction. Systematic traders, on the other hand, rely extensively on technical trading tools and very little on intuition when making trading judgments. Understanding the following trading tactics will assist you in improving your scalping trading strategies

Scalping when used as a Primary Trading Strategy

A true scalper will make dozens, if not hundreds, of deals per day. Because the time period is tiny and they need to observe the setups as they develop in the form of as close to real-time as possible, scalpers will generally use tick, or one-minute charts.

This sort of trading necessitates the use of support systems such as Direct Access Trading (DAT) and Level 2 quotations. A scalper needs automatic, immediate order execution, thus a direct-access broker is the best option.

As a Supplementary Style, Scalping

The so-called “umbrella” notion is another technique to incorporate scalping into longer-term trading. A trader can use this method to improve their cost basis and maximise their return. Umbrella trades are carried out as follows:

1.A trader opens a position for a trade with a longer time frame.

2.While the primary trade is developing, a trader looks for additional setups in a shorter time frame that are moving in the same direction as the main trade, and enters and exits them using scalping strategies.

Scalping is a type of high-speed trading that demands discipline, decisiveness, and analytical process. The primary distinction between scalpers and other traders is the timeframe in which they trade. The 5- and 15-minute charts are suitable for the ordinary scalper. Others, on the other hand, would trade using 1-minute or tick charts.

Scalpers can tackle the challenges of this period by using three technical indicators that are specifically designed for short-term trades. These real-time tools use signals that are similar to those used in longer-term market strategies, but they are applied to two-minute charts instead.

They operate best when intraday tape is strongly moving or range-bound; they don’t perform as well during periods of dispute or disarray. When you’re being pushed into losses at a faster rate than it is customary on a profit-and-loss curve, and you’ll know those conditions are there.

Making Use of a Stochastic Oscillator

Place a 5-8-13 simple moving average, short for (SMA) combination on a two-minute chart to spot strong trends that can be or are able to be bought or sold short on counter swings, also to receive a heads-up oncoming trend shifts that are unavoidable in a typical market day.

This scalping approach is simple to learn. The 5-8-13 ribbon will align, pointing high or towards low, during strong trends that keep prices glued to the 5- or 8-bar SMA.

Penetrations into the 13-bar SMA indicate decreasing momentum, indicating a range or reversal is likely. During these range swings, the ribbon flattens down, and price may traverse the ribbon several times.

The scalper then looks for realignment, such as ribbons rising or falling and spreading out, revealing greater space between each line. The purchase or sell short signal is triggered by this little pattern.

Using moving average lines is another option. Traders make decisions based on two short-term MAs and one long-term 200-period MA. Traders take a long position when the 5-period line crosses above the 20-period MA in the direction of the trend when the long-term MA is rising.

Traders take a short position when the 5-period MA crosses below the 20-period MA while the long-term MA is dropping.

Scalping with the RSI

The relative strength index short of which is RSI, is a common oscillator that may be employed in a variety of timeframes. Scalpers can customize it for their preferred time frame and use it to pinpoint where to enter and exit a trend.

How does a scalper determine when to cut losses or take profits? In actively traded markets, that including as index funds, Dow components, and other widely-held issues like Apple Inc., 5-3-3 Stochastics and a 13-bar at 3-standard deviation, hort of which is (SD) Bollinger Band used in tandem with ribbon signals on or at two-minute charts work effectively (AAPL).

The best ribbon trades emerge when Stochastics turns higher from the oversold level or down from the overbought level. After a profitable shove, when the indicator crosses and rolls against your position, you must exit immediately.

When the RSI approaches 30 and subsequently rises upward, it’s time to enter a long position. In a bearish market, the RSI rises to 70 and then falls, creating a chance to ‘sell the rally.’

By studying how the band interacts with price, one can better the timing of the escape. Profit from band penetrations since they forecast a slowing or reversal of the trend; scalping methods can not afford to wait for retracements of any kind. Also, if a price thrust fails to hit the band but the Stochastics indicator rolls over, it’s time to exit.

To account for daily fluctuations in volatility, increase standard deviation higher to 4SD or lower to 2SD after you are satisfied with the workflow and interaction between technical elements. Better still, overlay the additional bands on top of your current chart to receive a wider range of signals.

Finally, open a 15-minute chart with no indicators to monitor background variables that could affect your intraday performance. Add three lines to your chart: they begin with – one for the initial print and is followed by-two for the high and low of the trading range that formed in the first 45 to 90 minutes of the particular session.

Keep a watch on price behavior at those levels since it will generate larger-scale two-minute buy or sell signals. In fact, you’ll make the most money during the trading day when scalps connect with support and hostility to levels on the 15-minute, 60-minute, or with daily charts.

The direction in which and the pace at which the market is moving is shown by the parabolic SAR, which also provides entry and exit locations. SAR stands for stop and reversal, and it refers to a series of dots put against price bars. It gives the trader an advantage by signaling the underlying movement.

A shift in the SAR dots’ position indicates that a trend reversal is underway. When the price of a stock rises, the dots begin to move in lockstep with the price, initially slowly but soon catching up. A bullish trend is indicated by dots placed below the price bars, signaling traders to open a long position. When the position of the dots flips, though, it indicates that a trend shift is underway.

Line Scalpers can no longer rely on real-time market depth analysis to provide them with the buy and sell signals they need to make several tiny profits in a single trading day. Fortunately, they can adapt to today’s technological environment by employing the technical indicators discussed earlier, which are tailored to very short time spans.

Scalping necessitates quick reactions to market movements as well as the capacity to forego a transaction if the perfect moment is not met. Scalpers are frequently unsuccessful due to their tendency to ‘chase’ deals and a lack of stop-loss discipline.

The thought of merely being in the market for a short time sounds appealing, but the odds of being stopped out on a sudden move that reverses fast are significant.

Trading is a disciplined activity that rewards patience. While those that succeed at scalping do have these attributes, they are in the minority. Most traders benefit from a longer-term perspective, smaller position sizes, and a slower tempo of activity.

What is the best strategy for Scalping?

A. The forex scalping system is one of the most simple trading strategies that a new trader may use. With a maximum risk-to-reward ratio of 1:4, the 5-minute scalping approach will net you 10-20 pips per transaction. Beginner traders that aim for this type of scalping approach will see a steady increase in profits over time.

What is the best time frame for scalping?

A. Most traders use a time window of 1 to 15 minutes when scalping currency pairs. While it is clear that there is no such thing as an “optimal” time period for scalping, Forex scalping tactics use the 15-minute timeframe the least. The most popular timeframes are 1 minute and 5 minutes.

Is Scalping good for beginners?

A. For beginners, a one-minute scalping approach is a wonderful way to get started. It entails taking a position, gaining some pips, and then quickly closing the position. Professional traders do consider it to be one of the best trading methods, as well as one of the easiest to master.