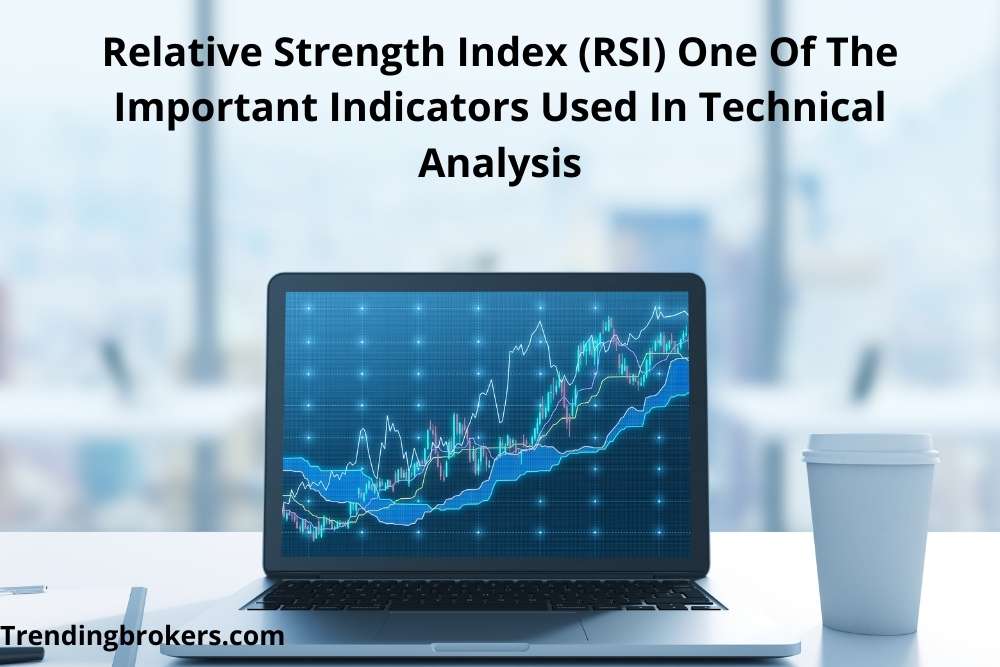 If a trader is looking for better indications of the financial market, there’s no better indicator than RSI (Relative Strength Index). It is a momentum indicator which is precisely used for technical analysis. It gauges the magnitude of recent price movements in the financial sector. That helps in evaluating oversold or overbought conditions in an instrument’s or product’s price.

RSI is exhibited as an oscillator, which has a reading between 0 to 100. It is represented by a line graph that showcases two extremes. J. Welles Wilder Jr. originally developed the concept and mentioned it in his book in 1978.

RSI charts the historical and current strength and weakness of various financial markets based on a recent trading period. However, newbies confuse it with relative strength. That must be averted.

When the security becomes oversold, the traditional indicator indicates a level of 70 or above. On the other hand, when the security is undervalued or not sold up to the mark, it gets represented by an Relative Strength Index reading below or up to 30. Both levels indicate the reversal of trend, positively or negatively.

The time loss periods are represented by zero while calculating the average gain. On the other side, the period when the price surges are counted as zero for the calculations of average losses.

For calculating the initial RSI value, 14 periods are used as standard.

For plotting the RSI line below the asset’s price chart, traders need to use the formula for calculating the RSI.

The RSI indicator is capable of staying in the overbought section for a longer period while an asset is in an uptrend. Likewise, the indicator may also remain in the oversold category for an extended period when the asset goes into a downtrend. Beginner analysts may get disillusioned. However, by learning the context according to the prevailing trend can clarify things.

What does Relative Strength Index explain?

The primary trend of an asset works as a quintessential indicator that helps in understanding indicator’s reading to a certain extent. For example, after the news was released that efficacy of vaccines were suitable for combating the COVID-19 pandemic, stock markets globally climbed quickly.

Some of the stock markets went past their all time high records. It happened with the S & P 500, which for the first time crossed 3600 points. It buttressed the hopes for a better future and momentum.

The market rallied despite the severe concerns because investors wanted to breathe and celebrate after several months of living a claustrophobic life following the spread of deadly virus. Thus, the news triggered the sentiment outburst of investors who were waiting eagerly for a ray of hope, similar to a thirsty person waiting for water.

The persistent high unemployment rate and closure of many businesses also helped boost the market further. The sudden economic fallout helped investors to make the most of the stocks that were devalued. They bought them at a cheaper price than their valuation.

RSI is most helpful during non-trending markets. It generates the most straightforward signals for its users for knowing the trends. That’s why it is the most commonly used indicator.

Some users of RSI adjust the rules as per their convenience and analysis preferences while predicting the market change.

They may not use the conventional 30 – 70 ratios for oversold-overbought orders levels. Traders can employ modifications in their favour and make it 20-80 parameters. The buy signal would be generated if the RSI drops to 20. Similarly, if it rises to 80, it is the time to sell the asset.

The RSI trading signals are considered the most valid and authentic for traders. When values give the extreme reading, they need an attention that can catapult into bigger benefits. So, if the indicator touches the highest parameter, which is 100, that would mean there’s an extreme overbought situation. A pure sell signal. Experts recommend traders to exit that position and wait for the asset price to decline from the top. Often, that comes lower and traders can invest in that again.

While the zero on the scale would mean that the asset price can’t fall further and an investor should make a purchase. That can make their pocket happy. Interestingly, more credibility is rendered to RSI due to perfection in prediction.

Large cap or blue chip stock have a potential to recoup from their lost position. So, traders who have lost during their intra day trading, they can regain it through specifically paying attention to RSI indicators and following the direction. S&P and other markets have gained significantly since 2020, which was precisely attributed to COVID-19 breakout. Some rallies even pushed the market out of range, it happened during early September. Thus, it shows the power of Relative Strength Index for the stock buyers.

In October, it is readily rising above the mark of 70, which is a sign of selling stocks. It means every investor that bought stocks at a low price can readily sell them and wait for the next cycle when the RSI displays the score of 30 on the scale.

Meanwhile, if the downtrend does not reach the level of 30 or below, that’s a weak downtrend and one can see the reversal of the trend towards up. It may reach the mark of 70. Moreover, if the same happens when the uptrend does not go beyond 70 or up to 70, it may be the indicator of a fall. Thus, investors should remain watchful of the situation and get themselves ready to invest in the market.

Moving averages and trend lines can work as an icing on the cake during such conducive conditions, while using RSI.

When the RSI exhibits the oversold reading, with low lower price matching correspondingly higher lows, a bullish divergence occurs. It is the indicator of the burgeoning bullish momentum. A new long position can be triggered through a break beyond the oversold territory.

When an overbought reading takes place on RSI followed by the higher highs matching correspondingly by a lower high on the price, a bearish divergence occurs.

For identifying better potential signals, flexible overbought and oversold readings can be helpful.

RSI swing rejection is one of the best techniques for examining the RSI’s behaviour when it revamps from oversold or overbought territories. It is called a bullish swing rejection. It has four different parts:-

Sometimes, using the RSI can be quite similar to drawing trend lines specifically on a price chart.

On the other hand, the swing rejection signal of the bearish version looks like the bullish version’s mirror image. It also has four different parts:-

When the trend is downward, it is less likely that bearish signals will generate any false alarms.

MACD is one of the best trend following momentum indicators that help traders see the relationship between two different moving averages of an asset’s price. The full-form is moving average convergence divergence. Its calculation takes place by subtracting 12-period EMA(exponential moving average) from 26-period EMA. The MACD line occurs as a result of the calculation.

The signal line is the MACD’s nine day EMA. It is placed over the MACD line. It can trigger sell and buy signals to investors.

The security is worth purchasing when the MACD goes past its line and short or sell when it remains below it. Thus, the fundamentals are simple.

However, on the flip side, RSI was designed to determine whether a security is oversold or overbought in connection to recent price levels.

Average losses and price gains are brought into use for calculating the RSI over a period of time. The default time here remains 14 periods. The values bounded here are 0 to 100.

Meanwhile, MACD gauges the relation of two different EMAs and the RSI finds the price changes with regards to price lows and higs. For a better technical understanding and picture of the financial market, both indicators are useful for analysts. However, their utility and process of usages are distinct from each other.

The momentum of an asset is measured by both indicators. But their factors are different. Thus, sometimes they offer different indications to users. For instance, the MACD can display the burgeoning or increasing momentum for a security. On the contrary, the RSI may display the reading beyond 70 for a sustained period. That would mean that a trader does not need to invest in that security.

Hence, that is a huge difference between the interpretations. So, that can be confusing.

The RSI compares bearish and bullish momentum of prices. It showcases the results in an oscillator. It can be kept below a price chart. Its signals are quite reliable, similar to most indicators during the long-term trends.

However, there’s a rarity in true reversal signals. Also, one will find it extremely difficult to separate it from wrong alarms.

For example, In a false or unworthy alarm, when the indicator is showing the downward momentum and the prices of a commodity rises, that can cause losses to investors.

When there’s a momentum, it can remain in the position of oversold or overbought, depending on the situation of the market.

Thus, in the oscillating market it is useful for investors. However, when the market does not show much movement, it gets difficult to decipher the market position. Thus, it requires the asset prices to move alternatively in both directions.

If a trader is investing the money in the market without using indicators like Relative Strength Index, losses can incur. So, it is better and recommended by experts to use RSI and see what the financial market has to offer. Also, brokers Capixal, ABinvesting, PrimeFin, HFTrading, ROinvesting, ETFinance, Global TradeATF, and Brokereo can be good options for traders or investors, while using the indicator in their favour.

For the better understanding of the security’s price, Relative Strength Index indicator can come handy to users. However, one must ensure, it is sans false alarms.