What Are Bollinger bands And Keltner Channel? 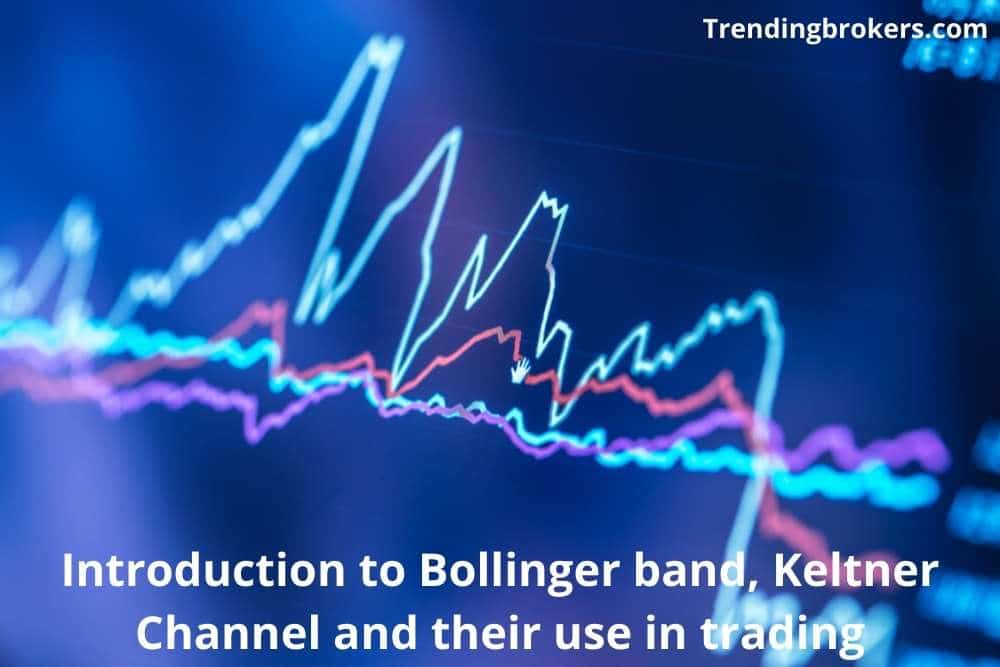 There are so many technical indicators that we use for technical analysis. And two majors of these technical indicators are the Bollinger band and the Kelter channel. A set of trendlines define the technical analysis tools called as Bollinger Bands. There are 2 standard deviations, positive and negative, staying remotely from a simple moving average (SMA) of an assets price. However, it can be adjusted as per the needs of clients. John Bollinger was the person behind the development of the Bollinger bands. He also filed for its copyright. It helps in designing opportunities for traders and achieving success in the financial market.

It identifies the probability of assets, whether they were overbought or oversold in the market. On the other hand, Keltner Channel is an indicator used for technical analysis. It displays the channel line along with the central moving average line at a distance below and above. The indicator was named after Chester W. Keltner. He described the phenomenon in his book.

People who heard about the indicator from the man himself started using the term. However, some say he didn’t claim any idea for the original idea. As per Keltner, it is a 10-day moving average rule for trading. According to him, the central line was a simple moving average of ten days of the typical price. That price is the average of low, high and close.

One has to compute the simple moving average (SMA) of an asset or security available. It is advisable to use a 20-day SMA, as it helps average out the closing price, in the beginning, twenty days. It is for the first data point. Interestingly, the next data point would be dropping at the earliest rate. You can add the price on the 21st day and get the average. It continues that way. The security’s price standard deviation will be obtained next.

Standard deviation can be termed as average variance mathematical measurement that prominently features in finance, accounting, economics and statistics.

For a particular data set, the job of a standard deviation is to measure how average value is causing spread out numbers. You can find the variance’s square root. That is complex to calculate. That’s the average of the difference of the squares of the mean in Bollinger Bands.

Now, it is important to multiply the value of standard deviation by two. Then it is essential to subtract and add that amount along the SMA from each point. Those produce lower and upper bands.

Why are Bollinger Bonds important?

Bollinger Bands are an unspeakably famous technique used by traders. Many investors believe that the overbought market is directly proportional to the prices moving closer to the upper band. And if the prices move toward the lower band, that exhibits the oversold market. A set of 22 such rules were followed by John Bollinger when he used bands as a trading system.

Traders can calculate the Keltner channels following the following types:

The ATR represents the basic volatility setting. There are various short timeframes like 10 that are capable of producing vast, volatile Average True Range. As a result, there is a fluctuation of 10-period volatility. On the other side, the longer time frames like 100 iron out these fluctuations and produce better and constant average true range readings.

The channel width sees the biggest effect by the multiplier. By changing it from two to one, the width of the channel will be cut in half.

On the other side, if it is increased from 2 to 3, there will be a 50 per cent jump in the channel width.

The squeeze on Bollinger Bands

The squeeze acts as the Bollinger Bands’ central concept. When the bands come so close that they start constricting the moving average, that situation is called a squeeze. A indicates the low volatility. It shows the potential of future trading opportunities and is seen as a signal of future increased volatility.

On the contrary, the more the bands grow, there’s a burgeoning chance of decreasing volatility. Thus, that’s an opportunity to exit the trade. Meanwhile, a trader should not consider these conditions as trading signals.

The price does not indicate the direction change or movement of the market.

Interestingly, the maximum price action, approximately ninety per cent of them, happens between the two bands. Any breakout that takes place below or above the bands is considered a major event. However, investors’ biggest mistake is considering the price hitting one of the bands as the chance to sell or buy assets. The breakouts offer no clue regarding the direction and the movement of the future price.

One must know that Bollinger Bands do not work as a standalone trading system. Instead, they provide traders and investors with information regarding price volatility. Thus, it is essential that people do not fall for the single indicator and use others. That helps in offering different data for locating accurate signals for trading in the market. Some of them picked by John Bollinger are MACD and RSI. He favoured these techniques for on-balance volume.

They get computed from SMA (Simple Moving Average). Moreover, they similarly weigh old price data as the new one. It means that outdated data may dilute the new information.

Moreover, the use of two standard deviations and 20-day SMA seems arbitrary to an extent. Thus, that may not function smoothly in every situation or condition as required. It is the sole responsibility of traders to adjust their standard deviation and SMA through assumptions and find ways for the adjustments.

Traders can utilise the Keltner channels in multiple ways as they please. It all depends on the settings used by the user. The bigger lag in the indicator is directly proportional to a longer EMA. The channel won’t display any change to the price change in that case. On the flip side, the shorter EMA reflects that the bands react swiftly to price changes. However, a trader can’t depict the direction of the trend. Thus, that can make trading slightly difficult.

A larger channel may occur if a bigger multiplier creates the ATR. The bands will be hit less often by the price. A band will be close together if the multiplier is smaller. Moreover, the price will exceed the bands or reach them.

Traders can use the following methods to deploy the potential Keltner channels:-

One may find both the indicators quite similar. Bollinger Bands utilise the standard deviation while Keltner Channels use ATR for calculating the lower and upper bands. Keltner channels use exponential moving average (EMA) while Bollinger bands use simple moving average (SMA).

Traders can interpret that in their possibilities. However, since the methods of calculations are slightly different, the end results that may come can be distinct. So, traders need to pay attention to that aspect of trading.

The setting of the Keltner Channels ensures their usefulness for traders. Thus, it is up to the users how they brought into use the indicator for their investment purposes. Hence, their approach should be nuanced for making better profits. However, the Keltner Channel won’t work smoothly if the bands are too far apart or narrow.

Keltner Channel works great in conjunction with analysis of price action, technical indicators, and fundamental analysis while working for the long term. The tool is also a volatility based technical indicator. It has the ability to determine the right time for entering and exit position through market volatility.

Meanwhile, the band may not act as resistance or support. Also, there may be a little ability of forecasting, that’s not too helpful for traders. Moreover, there’s no guarantee that the price hitting one band or two ATRs will yield the results required by a trader. Thus, there’s no promise of something significant happening for traders.

Both Keltner Channels and Bollinger Bands are important indicators for a trader. Thus, an investor should study them appropriately before deciding to use them to acknowledge the market’s direction. When used together, both indicators can exhibit better information to a trader. However, their calculations are different, so that aspect should also be kept in mind before going for an investment.  You can start your trading journey with the most trusted brokerage firm PrimeFin.

What is the reason for using Keltner Channel?

It helps in identifying the trading opportunities for traders during swing actions while the price moves within lower and upper bands.

Explain the strategy of the Keltner Channel?

If the price action goes beyond the band, a trader should initiate long positions and indulge in liquidating short positions.

How does Bollinger Band work?

Bollinger Bands precisely determine exit and entry points for a trade. The oversold and overbought situations can be determined using these bands. However, a trader cannot rely alone on it because that is risky. It only focuses on volatility and price and ignores other relevant information.

What are 3 different types of Bollinger Bands?

The three different types of Bollinger Bands include the lower, upper and middle bands. The middle band reflects the moving average.